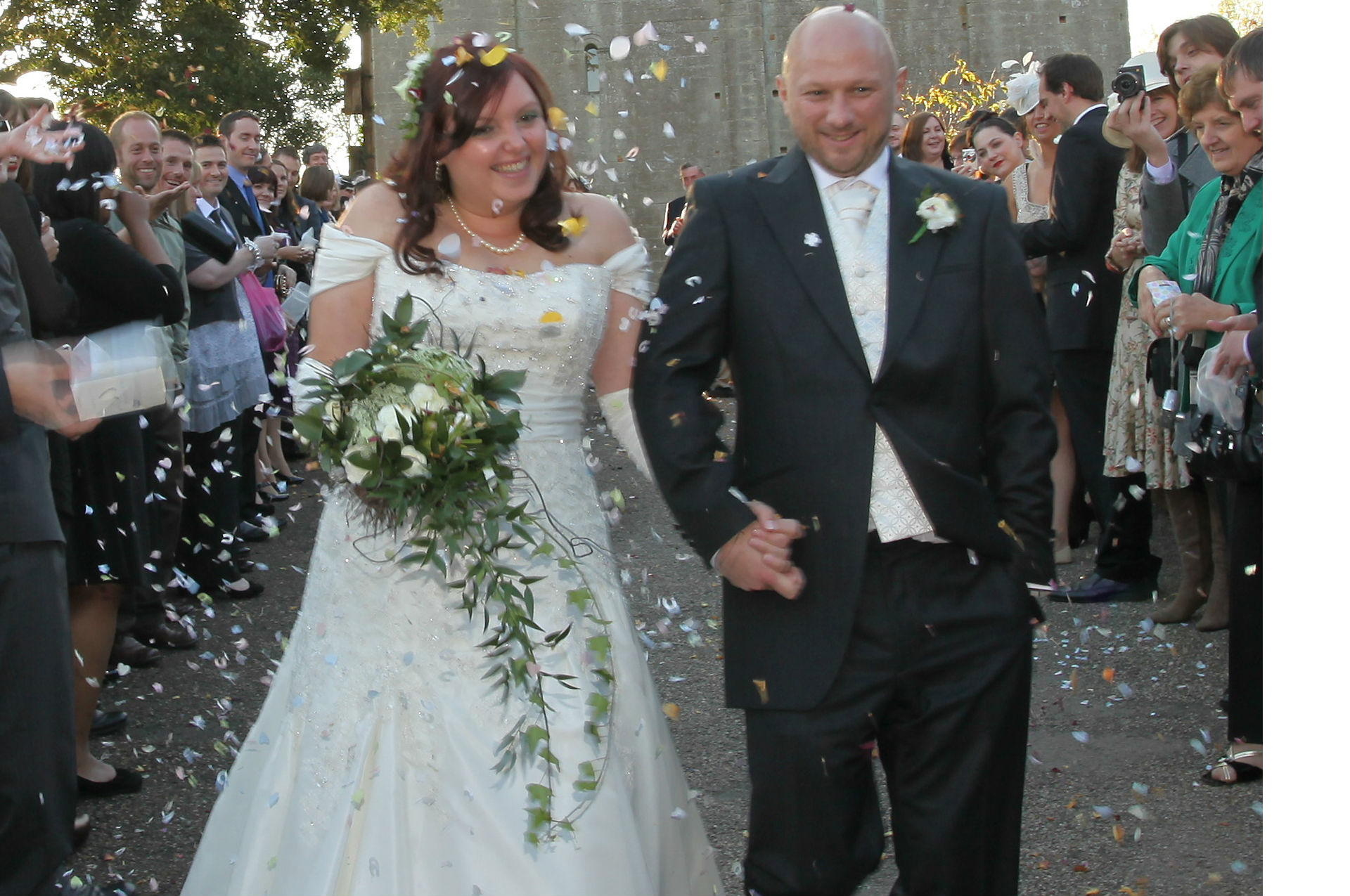 Not only do I have the privilege of writing about the love story of two of my closest friends, this wedding was the first I ever attended (yes, ever!) and so has a special place in my heart.

Emma and Scott met in 2006 working as special needs teaching assistants at The Vines School, Clapham. A South London boy and Essex girl living first in London and then by the sea in Brighton, they’d been to enough weddings to know exactly what it was they did and didn’t want for their own.

Five years later, in 2011, they decided to make it official at Hedingham Castle in Essex, a 900-year old Norman keep complete with adjacent Georgian manor house, and childhood haunt of Emma’s. 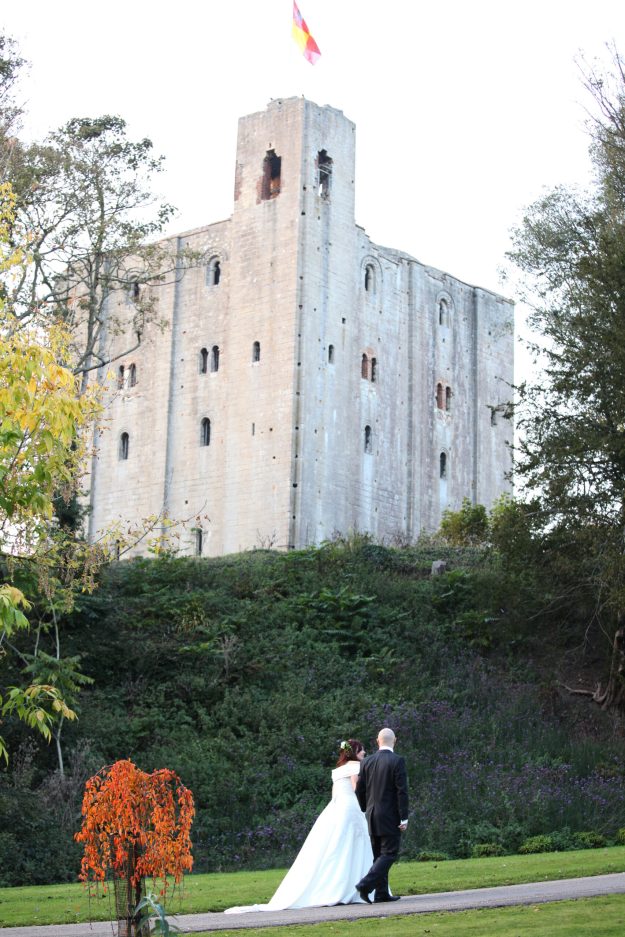 Guests arrived in an old red London bus and were ushered in from the crisp October air for a welcome hot cup of tea inside the keep. A twisting stairway led up to the ceremony space in the Banqueting Hall, overlooked by the Minstrels’ Gallery and surrounded by coats of arms of royalty past.

The Vines School where they first met was always going to play a massive part in their big day, not least because of the amazing children they worked with together. A ‘vine’ theme meant that the colour was predominantly a forest green, with a few scattered white flowers. The bridesmaids and groomsmen also wore the same colour, while Emma’s bouquet cascaded with ivy. 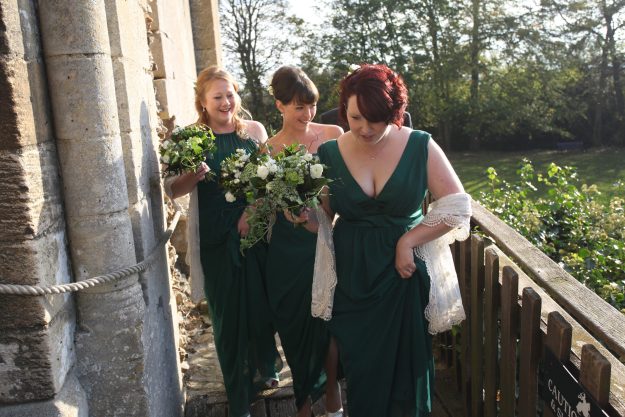 Emma wore a Sophia Tolli A-line, corset-back dress from the 2011 range (the year of wedding), entitled ‘Cloris’. She had sleeves added to give an off-the-shoulder bateau effect and wore fingerless gloves. 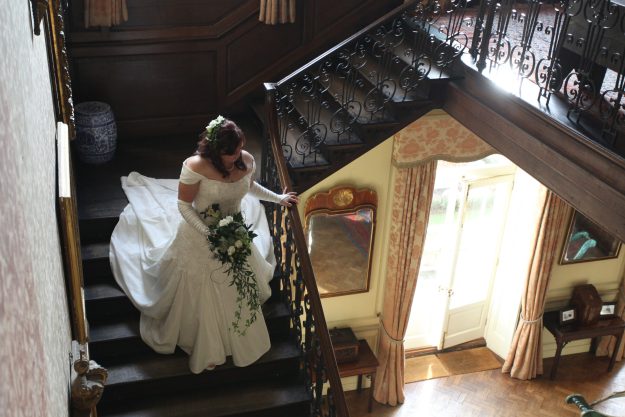 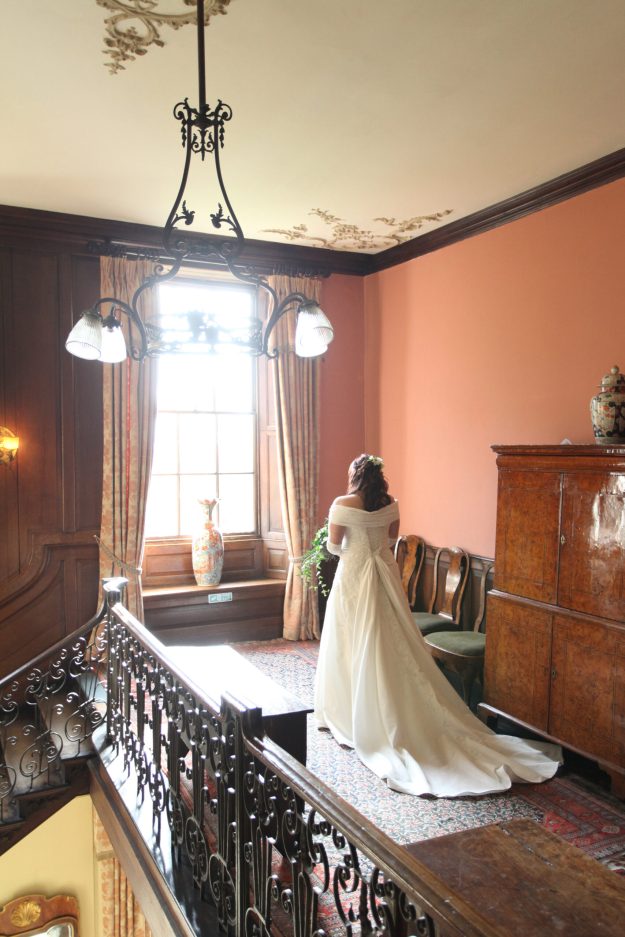 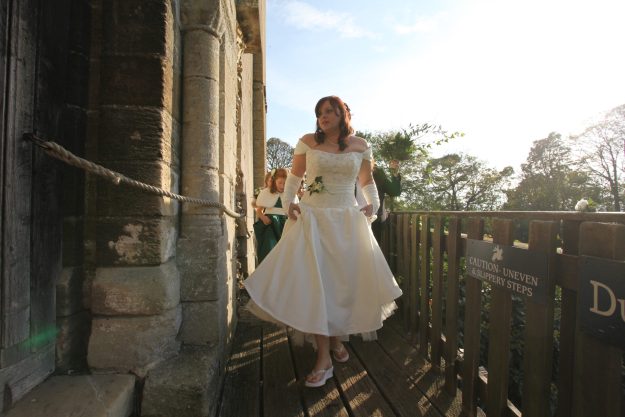 Emma took an audible breath as she emerged from the twisting stairwell, dead on 3pm. Scott was ready and waiting, more nervous than I’d ever seen him before. 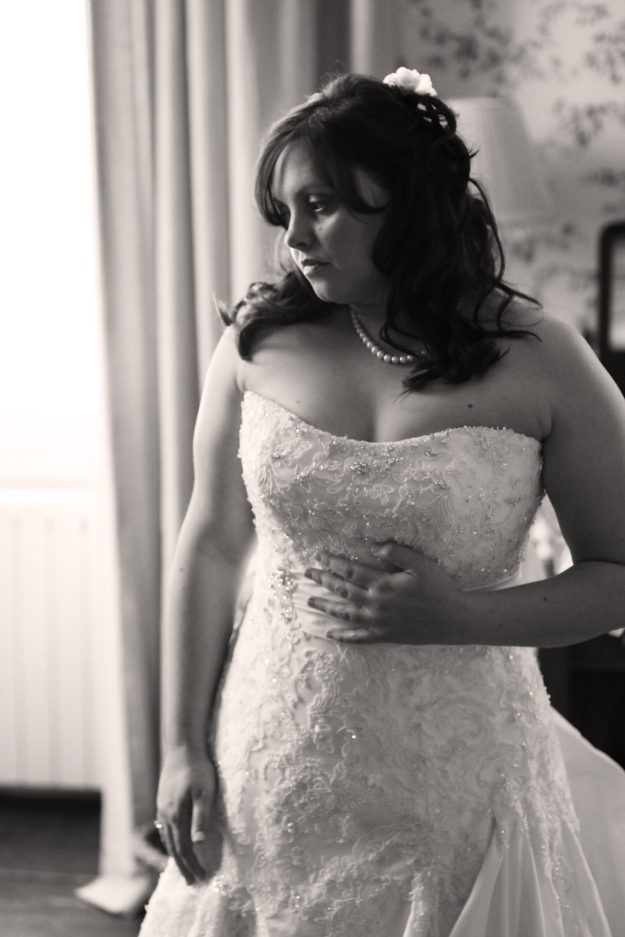 I certainly wasn’t the only one who was a big old emotional mess throughout the ceremony, with the couple shedding a few tears and their guests following suit. The candlelit atmosphere was perfect for an autumnal day and gave a real sense of intimacy. 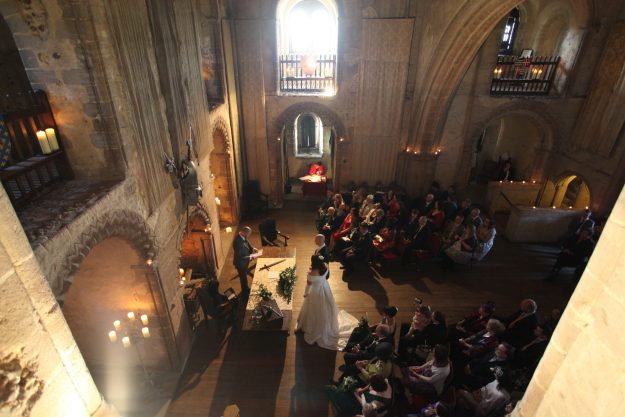 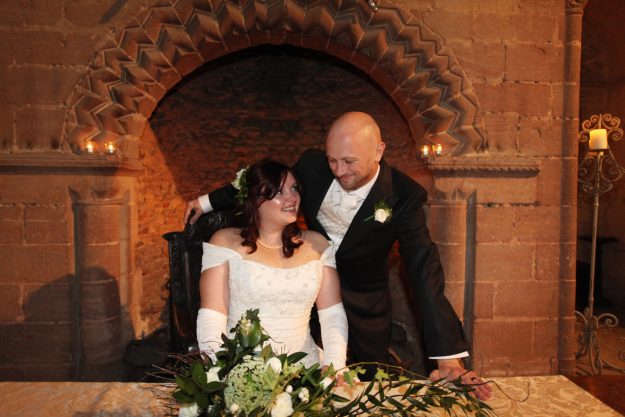 After the ceremony and photographs, the wedding party made their way over the Tudor Bridge (where confetti was enthusiastically thrown) to the Mansion House, where they were met with hot Winter Pimm’s and a harpist. The estate was truly stunning: a perfectly-manicured, tree-lined lake that wouldn’t feel out of place in a Jane Austen novel. 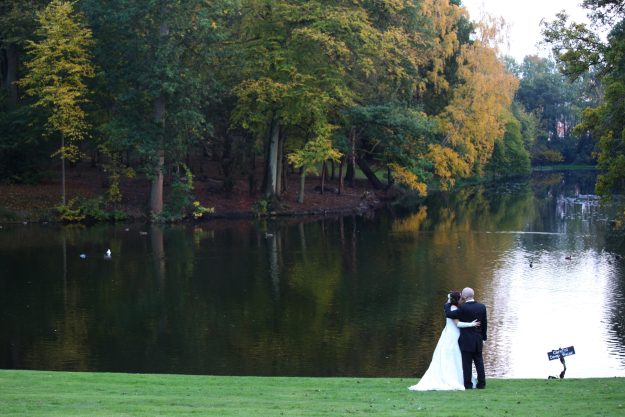 The festivities moved across to the Tulip Lawn Marquee, where the in-house caterers put on a banquet fit for a king and queen and four-piece indie band The Somebodys played songs from The Killers, the couple’s favourite band, late into the night. 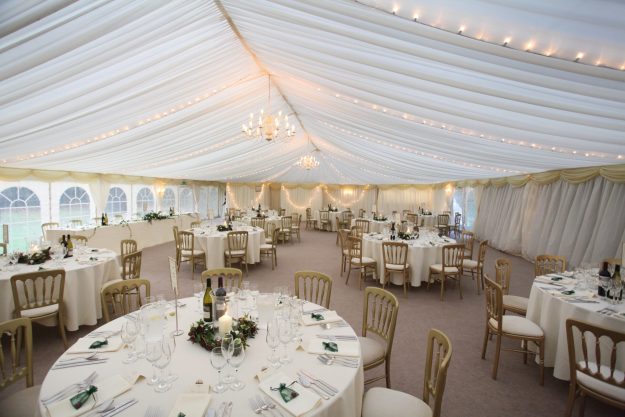 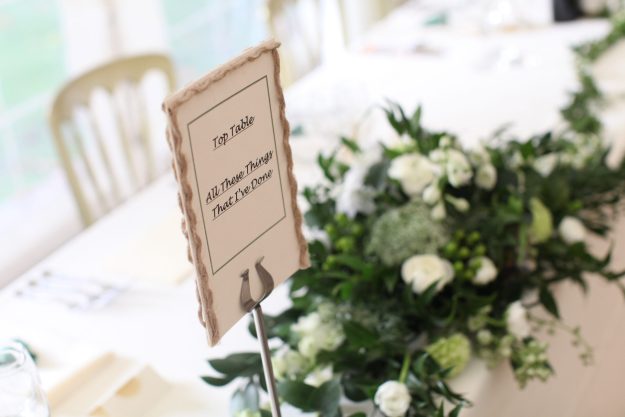 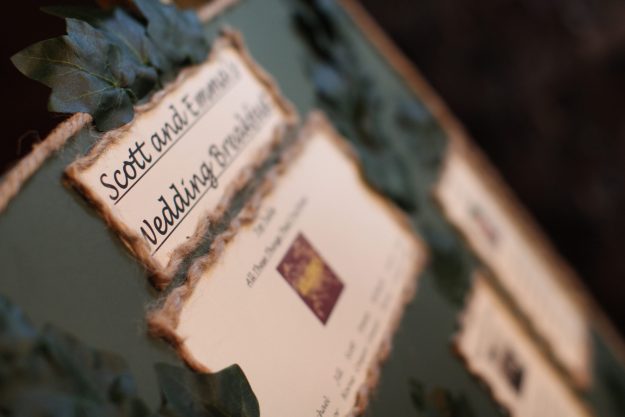 Emma and Scott: thank you. It’s still one of the best weddings I’ve ever been to and was effortlessly classy while still totally down to earth. You gave me my first wedding experience and my first proper excuse to wear a fascinator, for which I will love you forever. Just don’t expect me to forgive you for the hen do ‘glamping’. Just kidding. Love you guys. 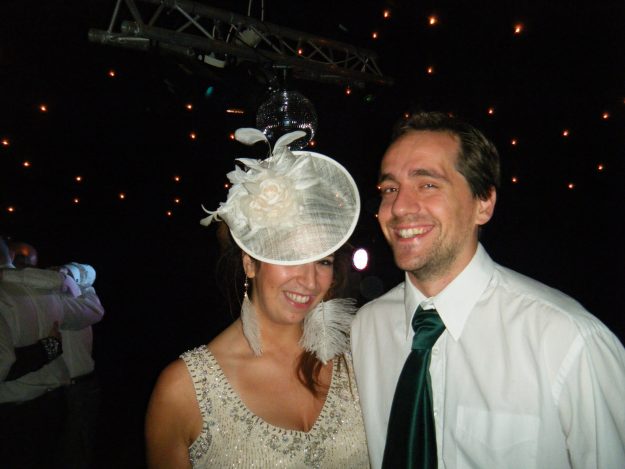 All photos published with the bride’s permission courtesy of David Michael Photography. 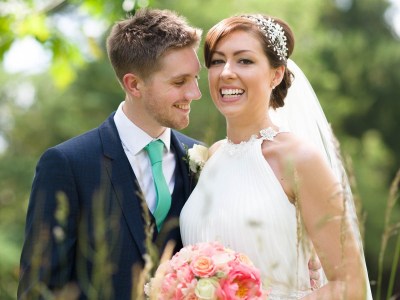 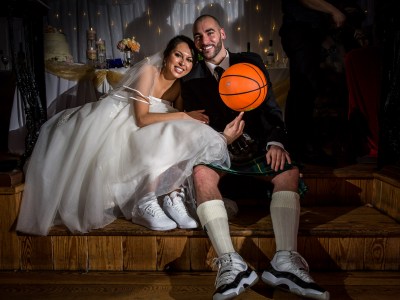 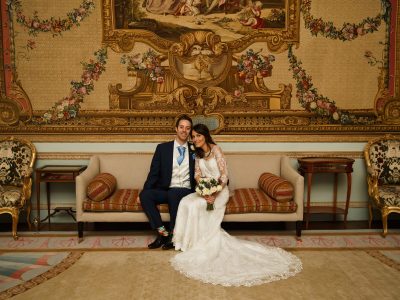